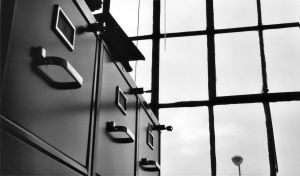 Could you use a refresher on UCC filing rules? You’re in luck! This week, we welcome guest author, attorney, Bennett L. Cohen to the blog! Read on for the second installment in his two-part blog series detailing the basic filing rules under Revised Article 9 of the Uniform Commercial Code.

It’s vitally important that UCC filers understand and observe the basic UCC filing rules under the Uniform Commercial Code (the “Code”) described herein. Obviously, these rules do not constitute all of the Code’s filing rules, but they are essential rules to know regarding UCC Change Statements:

Priority in Accounts
The first secured party to file against either “all accounts” or “all inventory” will have a first priority security interest in accounts. The reason for this is that a UCC filing against “all inventory” automatically picks up accounts as proceeds of the inventory.

About the Author
Bennett L. Cohen is a partner in the law firm of Cohen, Salk & Huvard, P.C. in Northbrook, Illinois, a Chicago suburb. Bennett regularly represents banks, commercial finance companies, insurance companies and other institutional lenders in the structuring, documentation and closing of commercial financing transactions, including asset-based loans, commercial loans, commercial real estate mortgage and construction loans, mezzanine loans, leveraged acquisitions, equipment lease loans and factoring transactions. Bennett is a member of the American Bar Association and serves on the ABA Committee on Commercial Financial Services and the ABA Subcommittees on Secured Lending, Loan Documentation and the Uniform Commercial Code. Bennett can be contacted at bcohen@cshlegal.com.